A restoration project in 2015-16, funded by the Angling Trust and the EA, breathed new life into the fantastic but almost entirely lost Winnall fishery, on the Lower Severn, three miles below Stourport.

With the original car park at the bottom end of the stretch cleared and restored and a new car park secured at the top end, Winnall has never been more accessible.

In addition, 20 well-spaced, comfortable pegs have been completely restored and new platforms constructed in many of them.

The whole stretch is between 6 and 12ft deep, with a gravel bottom and good flow coming off Lincombe weir, a little way upstream.

Neglect over the last 20 years has encouraged the resident barbel and bream to thrive and grow and roach and chub have also enjoyed the absence of anglers. Winnall also has a good head of perch, dace and pike.

Early season is dominated by the significant bream shoals and open end feeder with either traditional baits and groundbait or modern pellets, boilies and fishmeal groundbait are extremely effective.

Bream tactics will account for barbel into double figures all year round but, in the warmer water of summer and autumn, pellets and boilies will target the bigger fish. Maggot feeder comes into its own during the colder months and at the end of the season for chub, barbel and bream.

Roach can be hard to target in the early part of the summer, although barbel anglers using small pellets which catch plenty. However, hemp and tares can produce excellent sport later in the summer and early autumn and as the autumn progresses maggots and casters combined with stick, bolo and waggler come into their own.

From the A449 (approaching from either Worcester or Kidderminster) take the A4025 signed to ‘Stourport’ off the island next to the Mitre Oak pub. After 300 yards turn left, signposted ‘Ombersley Golf Club’. Follow this road for nearly 2 miles, past the golf club, along a long stright and eventually round an ‘S’ bend, ignoring turnings on the left and then the right. After another ½ mile turn right at a small grass triangle and a yellow grit bin to drop downhill to a T-junction of the tarmac road. Go straight ahead though onto a rough track and past ‘Slow Down’ signs. Follow this track for 1 mile, ignoring all turnings, and finally drop down through woodland to the KDAA car park. To get to the river follow the track which continues in front of the car park and turn immediately right along a green footpath. When this opens into a field cross two small ditch crossings and follow the field edge to the river. The stretch runs upstream from this point. 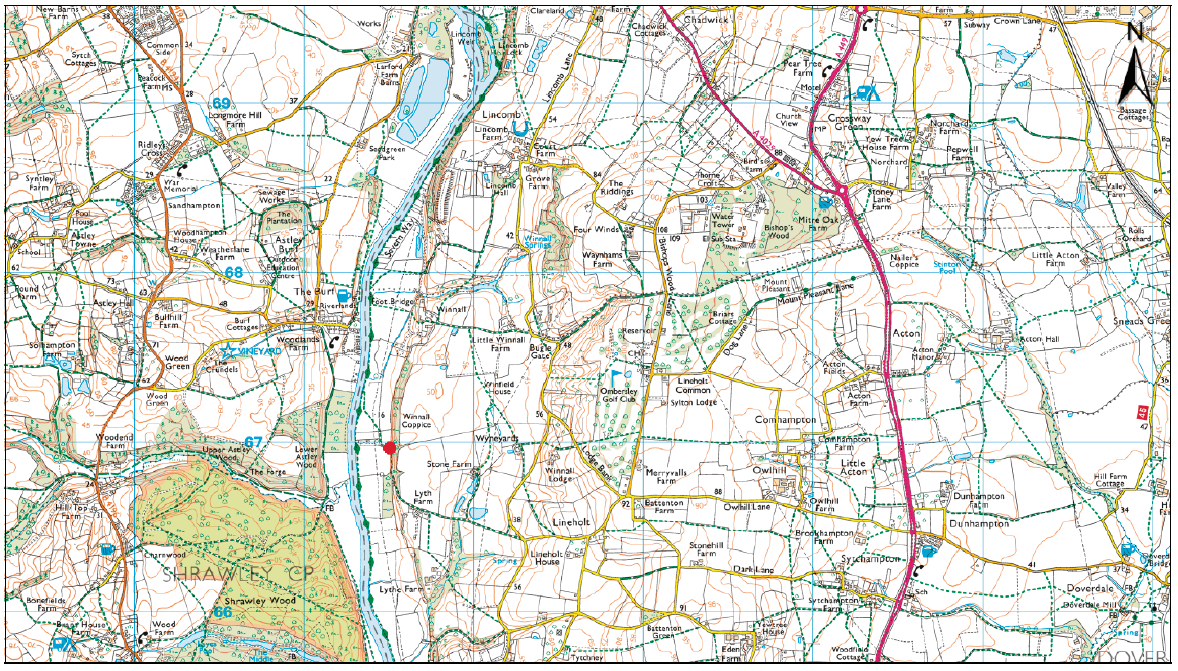